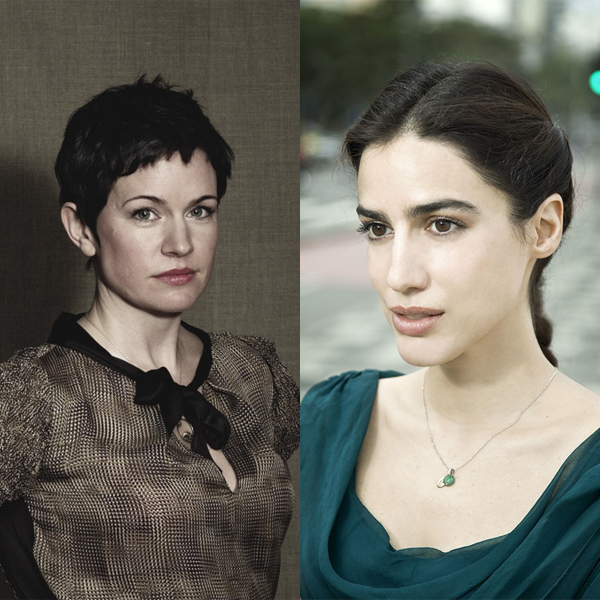 Eavesdrop on an intimate conversation between two of the most influential and critically-acclaimed writers of our day: Man Booker Prize judge and nominee Sarah Hall and New York Times/Paris Review contributor and Nabokov expert Lila Azam Zanganeh. Together, they will indulge in a no-holds-barred discussion of sex, death and everything in between.

‘The woman is a genius.’ – Jessie Burton on Sarah Hall

Sarah Hall was born in Cumbria, England. A novelist and short story author, her novel The Electric Michelangelo was shortlisted for the Man Booker Prize in 2004, and her novel How to Paint a Dead Man was longlisted in 2009. Hall has won the Commonwealth Writers’ Prize, the John Llewellyn Rhys Prize, and the BBC National Short Story Award. In 2013, she was selected as one of Granta’s Best of Young British Novelists, and her third novel The Carhullan Army was listed as one of The Times 100 Best Books of the Decade. She has judged a number of literary awards, including the Man Booker Prize in 2017. Website

Lila was born in Paris to Iranian parents. After studying Literature and Philosophy, she moved to the United States to teach Literature, Cinema, and Romance languages at Harvard University. In 2002, she began publishing literary articles, interviews, and essays in such newspapers and magazines as The New York Times, The Paris Review, Le Monde, and La Repubblica. Her first book, The Enchanter: Nabokov and Happiness, has been translated into several languages, and she is currently finishing a novel titled A Tale for Lovers and Madmen.

Lila is fluent in seven languages and she is a member of the Board of Overseers of the International Rescue Committee and the Advisory Board of Libraries Without Borders. Since September 2015, she has also been Chair of Programs for Narrative4, a global story-exchange organization that promotes radical empathy. Website

‘Being local, but not really, in a place where families can go back hundreds of years, and farmers use words from an “extinct” language, puts you on the edge of things. That’s a good prospect for a writer – looking over, acknowledging un-belonging…’ – Sarah Hall, The Guardian

‘So that is what art makes you do, observe the world better.’ – Lila Azam Zanganeh

‘Lila Azam Zanganeh: A writer is always rewriting another writer’ – (Jot Down, 2019)

Eavesdrop on an intimate conversation between two of the most influential and critically-acclaimed writers of our day: Man Booker Prize judge and nominee Sarah Hall and New York Times/Paris Review contributor and Nabokov expert Lila Azam Zanganeh. Together, they will indulge in a no-holds-barred discussion of sex, death and everything in between. ‘The woman is […]