Novelist Megan Bradbury has written a piece inspired by studies on food structure, colloids, and digestion, by Professor Pete Wilde at The Quadram Institute. Megan said:

‘Pete Wilde researches how the structure of food influences digestion, the release of nutrients and sub-sequent health impacts. Using structure and complexity as a starting point, ‘Orange’ considers patterns and outcomes of complexity and diversity within the body, the mind, and in populations.

‘‘Orange’ is an attempt to untangle (or tangle) this.’

It would be easier to drink the juice, just drink the juice. The orange is round. It has a skin. You must peel it. This takes time. Plunge your thumbnail in. The juice will spurt, sting your eye. You need a strong thumbnail and thumb. This isn’t going to be a walk in the park. A park is a good place to eat an orange. But what do you do when you have eaten it and your hands are covered in juice? Not just the juice but also the pith, white and sticky? It would be easier to drink the juice. Juice cartons are available from most newsagents. Packaged at your convenience in small boxes. Straws are stuck to the side. You needn’t ever touch the orange. You don’t have to get it on your hands. You needn’t make a mess. When you are finished, you can dispose of the carton in a bin placed specifically in the park for this purpose. You needn’t take it with you. You can just continue on your way as if you had never drunk the juice. But the thumb, sore from peeling the orange, will remember peeling that orange, and it will be tired from that, and the effort it took to peel that orange will be absorbed somewhere in the body or will be used to prevent illness in the body, or will simply become part of a memory of this day, how you should have packed a more mobile and less messy fruit, and this memory will become part of the body, just as the structure of the orange in being digested by the body becomes part of the body. The stomach moves with the orange in a way it does not with the juice. This activity is good. This is what the body wants. The body wants the orange, not the juice. The body does not want an easy walk through the park. Let things be hard. You can just pick the orange from a tree and eat it. An orange is an orange.

We were told by the institution to keep a diary of reflection.

Soils are the earth’s dynamic skin. Vulnerable. They respond to what we do to them.

One scientist in the seminar was nicknamed Doctor Doom because his predictions about the effects of climate change were dismal. Once the moths have gone, that’s it, he said. But people won’t listen to the story. People won’t even listen to the facts.

I began collecting the facts. I asked the scientists what they knew. They spoke about understandings and connections. I realised art and science were the same.

Foods should be consumed slowly.

95% of what we eat relies on soils. That is, the foundations we lay down.

Food with a complex structure has more to give.

Simplicity is killing us.

We watched a film showing a conveyer belt moving plants slowly through a lab, stopping to commit the plants to different atmospheric conditions. This study showed the scientists how changes in climate influenced the growth of crops. Knowing this meant we would one day be able to predict the best conditions in which to grow our food.

Will this be enough?

I looked at my own face in the small box in the corner of the screen.

The plants are just like us. They need love and the right conditions to thrive.

Research is being conducted into making the foods we eat more nutritious. But it is important the public don’t learn that this is being done. If they learn that what they are eating is healthier than usual, they will adapt their habits in response, eat more, for instance.

The process of our study was frustrating. The digital conference technology we were using to communicate kept freezing then raced ahead to catch up with itself. When the connection froze, we did not know who was saying what. Sentences became stuck in the middle. Meaning fragmented then fell away entirely. I heard the echo of a laugh then a tinny stilted voice acknowledging that this process closely resembled the main constraint of both science and poetry: the ability to communicate effectively.

The writing needs to be as active as the science, the organiser said.

Now, I find myself looking back. Our diet has become very bland. There are not enough people to pick the fruit. Boats used to bring people as well as goods. Now, no boats come. I can’t remember a time when I ate something I wanted. Olive groves on the continent are at risk of drought due to climate change. Simplicity is fashionable, complexity out of date. I miss foil wrappers, their bright colours. Fresh produce grows abundantly in Europe, but we have no ships. I have always been told throughout my life that what I needed was greater structure and complexity. People round here keep yelling that they want their country back. I hear the scientists have moved to Europe. When the digestive system breaks down food, it releases nutrients that give us energy. Processes work in conjunction with one another. Starch reacts to fibre, for instance. I wonder if we could have found a way to work together rather than beat each other down. The body doesn’t work this way. These days, it rains and rains. These days, grain is milled to dust. Butter is spread thinly to make it last. Butter is processed simply, but it is unhealthy. The complexity of olive oil spread was what made it good.

Lost, I try to remember. I remember the scientists said,

The intricacies of elements and contributions

The mask of definiteness

The process of applying for funding can restrict ideas, but it can also liberate them

Perspective – to look up at the rest of the world

There is positivity to be found in failure

These days, we must make bread ourselves.

The kneading hurts my hands.

The needing hurts my heart.

I must find a warm place where the dough can rise.

These days, my house is cold; gas is expensive. The flour I use is very simple. Whole grains are no longer consumed. This country itself isn’t whole; it has split into parts.

I keep myself warm with the aid of a blanket.

We were told to write our emotions down.

The earth is flat.

No, the earth is an irregularly shaped ellipsoid.

Diversity will always benefit a system.

But they turned back the people in the boats. Many drowned.

Now, we are waiting. I don’t know what for.

Our bodies and diet have split apart – the food we eat is situated in the present while our biology is stuck in the past.

But we have not returned to Palaeolithic times, for the soil, these days, is barren. 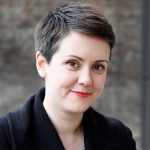 Megan Bradbury is a novelist based in Norwich. Her first novel, Everyone is Watching, was published by Picador in 2016. The book explored the relationship between art, sex and urban planning in New York City throughout the twentieth century through the consciousnesses of leading cultural figures from the city’s history (among them, Walt Whitman, Robert Moses, Robert Mapplethorpe and Edmund White). Described as a ‘beating heart of a novel’ by Ali Smith, and ‘one of the best de-buts I’ve read in years’ by Eimear McBride, the book was longlisted for the Rathbones Folio Prize and Not the Booker Prize, and was chosen as one of the Guardian’s Best Books of 2016.

She is an experienced artistic collaborator and has worked on commissioned projects with acclaimed artists from across the world. She holds an MA in Creative Writing from the University of East Anglia, and she has been the recipient of a Charles Pick Fellowship, an Escalator Award, two writing awards from Arts Council England and one from the Authors’ Foundation. 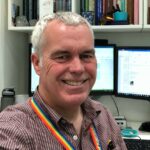 Professor Pete Wilde originates from Yorkshire, graduated in Biophysics at UEA and has lived in Norwich ever since. He began work at the former Institute of Food Research, now the Quadram Institute, investigating the molecular and structural basis of the physical stability of foods such as foams, emulsions and gels. He has since applied these approaches to understanding the nutritional basis of the food we eat. His main area of research is determining how the structure of food influences digestion, release of nutrients and subsequent health impacts.