Hosted by Free Word and English PEN at the British Library, this annual event is an opportunity for the translation community to discuss significant issues and developments within the sector and celebrate success.

WCN Associate Programme Director Kate Griffin chaired a panel on how the career of the literary translator as we know it has been changing over the last year through new opportunities, working models and self-initiated sidelines. With Jen Calleya (British Library Translator in Residence), Ruth Clarke of The Starling Bureau and Gitanjali Patel (Co-Founder of Shadow Heroes):

WCN Chief Executive, Chris Gribble, took part in a panel on translating human rights, with Amanda Hopkinson, Professor Alison Phipps (lead researcher on Researching Multilingually at the Borders of Language: the Body, Law and the State at the University of Glasgow), Tawona Sitholé (the project’s poet in residence) and Samantha Schnee (Founding Editor of Words Without Borders). Chris is also the chair of the board of the International Cities of Refuge Network:

Listen to the full playlist here >>

Shakespeare – A Great Feast of Languages

A Great Feast of Languages was a year-long international focus on translating Shakespeare for performance. It involved a series of translation workshop programmes and a chain of public panel discussions between British and international translators, writers, academics and practitioners.

Developed in partnership with the British Council, Shakespeare’s Globe and the British Centre for Literary Translation, A Great Feast of Languages was centered around five-day translation workshops bringing together translators, writers, actors, directors and academics to explore the challenges and complexities of translating Shakespeare’s plays and poetry. The workshops examined a number of key Shakespeare texts, along with a Shakespearean text of local relevance.

An evening of bilingual poetry in celebration of the launch of Lost Evenings Lost Lives, an anthology of Tamil poetry edited and translated by Lakshmi Holmström and Sascha Ebeling, and winner of a PEN Translates Award from English PEN.

Translation in the Margins 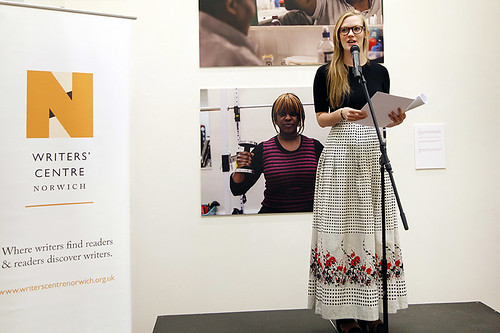