‘The UK’s most prestigious award for first-time novelists.’

Presented by the National Centre for Writing

WINNER OF THE DESMOND ELLIOTT PRIZE 2021 National Centre for Writing is delighted to announce that A. K. Blakemore’s The Manningtree Witches is the winner of the Desmond Elliott Prize 2021.

The historical fiction, praised by judges as ‘clever and unexpected’, is chosen as the best first novel across the UK and Ireland in 2021 from a strong shortlist which also featured little scratch by Rebecca Watson and The Liar’s Dictionary by Eley Williams.

In addition to the £10,000 prize money, Blakemore will receive a tailored year-round platform of support and mentorship from the NCW, which runs the Desmond Elliott Prize as part of its Early Career Awards portfolio.

England, 1643. Parliament is battling the King; the war between the Roundheads and the Cavaliers rages. Puritanical fervour has gripped the nation, and the hot terror of damnation burns black in every shadow.

In Manningtree, depleted of men since the wars began, the women are left to their own devices. At the margins of this diminished community are those who are barely tolerated by the affluent villagers – the old, the poor, the unmarried, the sharp-tongued. Rebecca West, daughter of the formidable Beldam West, fatherless and husbandless, chafes against the drudgery of her days, livened only by her infatuation with the clerk John Edes. But then newcomer Matthew Hopkins takes over the Thorn Inn and begins to ask questions about the women of the margins. When a child falls ill with a fever and starts to rave about covens and pacts, the questions take on a bladed edge.

The Manningtree Witches plunges its readers into the fever and menace of the English witch trials, where suspicion, mistrust and betrayal ran amok as the power of men went unchecked and the integrity of women went undefended. It is a visceral, thrilling book that announces a bold new talent.

‘The Manningtree Witches is a stunning achievement. Blakemore takes limited historical detail and, with what seems like effortless grace and imagination, crafts a breathing, complex world full of wrenchingly human characters, and tells us their stories in language that bears endless rereading, so clever and unexpected and pleasurable it is.’ – Lisa McInerney, chair of judges for the Desmond Elliott Prize 2021

Further praise for The Manningtree Witches

‘Dark, original, unsettling, and crackling with fierce and visceral life, The Manningtree Witches heralds the birth of an utterly vital new voice in fiction. A.K. Blakemore makes the past breathe, and allows it, with dazzling candour, to speak hotly to the complicated reality of our own moment’ – Rebecca Tamás

‘I loved this riveting, appalling, addictive debut. Blakemore captures the shame of poverty and social neglect unforgettably, and the alluring threat of women left alone together, in a novel which vividly immerses the reader in the world of those who history has tried to render mute’ – Megan Nolan

‘A.K. Blakemore’s debut is a riveting, unsettling story of menace, corruption, and muck, rendered in limber, evocative prose that delights and surprises at every turn. Its heroine wants too much, and too often, and the wrong thing-which is quite a bit more dangerous than usual, considering this is 17th century England and the Witchfinder General has just come to town. Based on actual events, but told in a deliciously brazen voice, this novel reads like Fleabag meets Hilary Mantel: bawdy, bewitching, weird, and wise. I loved every minute, and even when I was horrified, I didn’t want to look away’ – Emily Temple, author of, The Lightness

A. K. Blakemore is the author of two full-length collections of poetry: Humbert Summer (Eyewear, 2015) and Fondue (Offord Road Books, 2018), which was awarded the 2019 Ledbury Forte Prize for Best Second Collection. She has also translated the work of Sichuanese poet Yu Yoyo (My Tenantless Body, Poetry Translation Centre, 2019). Her poetry and prose writing has been widely published and anthologised, appearing in the The London Review of Books, Poetry, Poetry Review and The White Review, among others.

Watch the announcement as it unfolded

Discover the three titles selected by this year’s judges for the Desmond Elliott Prize 2021 shortlist. 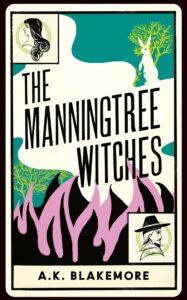 ‘Blakemore captures the shame of poverty and social neglect unforgettably, and the alluring threat of women left alone together, in a novel which vividly immerses the reader in the world of those who history has tried to render mute’ – Megan Nolan, author of Acts of Desperation 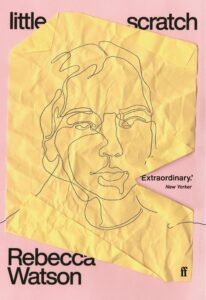 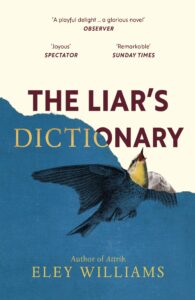 Discover the ten titles selected by this year’s judges for the Desmond Elliott Prize 2021 longlist.

A Ghost in the Throat A Ghost in the Throat

‘A dark wonder of a novel that blends the past with the present, the real with the unreal – and always with an exquisite sharpness that comes from profound, unerring observation.‘ – Golden Hare Books ‘Mensah questions the frameworks through which we understand the world and interrogates how to put disparate parts of our identities together to become the most true version of ourselves.’ – Jessica Andrews, author of Saltwater ‘As gripping as Hilary Mantel and as convincing as Sarah Perry […] debut novels shouldn’t be this perfectly formed’ – Ben Myers, author of The Offing ‘Naoise Dolan has the ability to uncomfortably poke at the dark unease inside oneself, looking behind the veneer of the perfect life and wonder if any of us are actually what we portray ourselves as. Whilst serving it up with a dollop of sarcasm and humour. Essential millennial reading.’ – Books Paper Scissors

How We Are Translated How We Are Translated

‘How We Are Translated is the most contemporary of novels …. It’s a novel that anyone interested in the future of the English novel needs to read!’ – Sara Baume, author of Spill Simmer Falter Wither ‘Open Water is a beautiful novel, breath-taking in all its forms, that has the ability to stay with you long after you’ve finished it. An important novel for our times, poignant and powerful’ – Maldon Books ‘Mendez is an exciting, accomplished and daring storyteller with a great ear for dialogue. Don’t read this book if you like your fiction cosy and middle-of-the-road’ – Bernardine Evaristo, author of Girl, Woman, Other

‘Blakemore captures the shame of poverty and social neglect unforgettably, and the alluring threat of women left alone together, in a novel which vividly immerses the reader in the world of those who history has tried to render mute’ – Megan Nolan, author of Acts of Desperation

The judges for the 2021 Desmond Elliott Prize are Lisa McInerney (chair), Chitra Ramaswamy and Simon Savidge. Chitra Ramaswamy is a journalist and author. Her first book, Expecting: The Inner Life of Pregnancy, published by Saraband in April 2016, won the Saltire First Book of the Year Award and was shortlisted for the Polari Prize. She has contributed essays to Antlers of Water, Nasty Women, The Freedom Papers, The Bi:ble, and Message From The Skies. She writes mainly for the Guardian, is the restaurant critic for The Times (Scottish edition), a columnist for the National Trust for Scotland, and broadcasts regularly for BBC Radio Scotland. She lives in Edinburgh with her partner, two young children and rescue dog, and has recently completed her second book. Simon started the book blog Savidge Reads in 2007, he then moved into podcasts with The Readers, before heading to YouTube in 2016 which has become his main focus. Simon has judged the Guardian’s Not The Booker Prize, Fiction Uncovered, the Costa Book Awards Debut Novel in 2017, was chair of the Portico Prize 2019 and on the overall Costa Book Award 2020 winner judging panel. He currently project manages The BBC Novels That Shaped Our World Libraries Events Programme UK wide for the charity Libraries Connected, as well as hosting literary events at festivals and bookshops.

Simon has also appeared on the Booker Prize BBC News 24/BBC One live show, has hosted a books section on Radio 5 Live and appeared on BBC Radio 4. He was a presenter on ‘Sky Arts Live from Cheltenham Literature Festival’ in 2019 and returned to Sky Arts last autumn as one of the presenters on ‘Book Club Live’. He is also literary curator for The Good Life Society and will be running reading retreats in Wales and Scotland in 2021/2022.

<< Back to The Desmond Elliott Prize