In February 2021, the National Centre for Writing welcomed five writers from other UNESCO cities of literature to Norwich for a month-long virtual residency: Liz Breslin from Dunedin, New Zealand; Lynn Buckle from Dublin, Ireland; Valur Gunnarsson from Reykjavík, Iceland; Marcin Wilk from Kraków, Poland; and Vahni Capildeo from Edinburgh, UK.

During this residency, historical fiction writer Valur Gunnarsson explored the impact of history and landscape on writing. Here, he takes an imaginary bus journey through Norwich towards the UEA campus.

I’m late. I have to get to UEA campus before five to get the key to my accommodation. It’s that distant era of 2018, before everything happened. It’s my first day in Norwich and everything is still ahead. Perhaps I will get a teaching job after. There is even a love interest moving to London. Perhaps we will meet halfway. I guess that means Cambridge.

It’s a warm autumn, as always in those days, but it’s better not to risk having to rough it in the broads. I make my way to the upper floor of the bus. We don’t have upper floors on Iceland buses.

I ask the older gentleman sitting next to me if he thinks I will make it.  “Yeah, easy,” he says. Noticing that I am a new arrival he proceeds to give me a guided tour. He points out the castle and I am duly impressed. We don’t have castles in Iceland.

We did have Middle Ages of a different sort. A brief dawn before that long Danish night. A golden age when we were Vikings, but not much remains. Only stories, only the Sagas. The longhouses and the wooden churches all eroded, were burnt down, or decimated by earthquakes.

The upper floor of the bus proceeds to break its way through the branches up Earlham Road. Sounds like hail falling on corrugated iron roofs. I make it on time to campus and, unpacked, stroll along the broads. The concrete fortress that is UEA rises up from the yellowing greenery, a magnificent view reminiscent of early Soviet Sci-Fi. The artwork in front of the Sainsbury Centre originally intended for Leningrad enhances the illusion. This will be a good place to write my totalitarian dystopia.

Hours will be spent walking up and down Earlham Road. To the city, to the cinema, to the castle. They do things differently there, as one passes between worlds from UEA to monster truck rallies, from Nobel laureates to Alan Partridge, from wrestling with the writing to Fighting with My Family.

Up by the castle one can overlook the church spires from that golden age when Norwich was the second city after London and traders pre-Brexit made it their first point of call. In 1220 the castle was turned into a jail. Egil’s Saga, the oldest one dated, traces back to that same year. Both have proved durable in their own way.

Arriving in Britain is like walking into history, when coming from Iceland where nothing has yet happened. Or at least not since the Viking Age. Moving to Leeds with the parents in the mid-1980s I first learnt about the Battle of Britain, still being fought in 2018 by different means. Perhaps there is such a thing as too much history.

The parents visit Norwich and we go to see the World War I documentary They Shall Not Grow Old. “They still live in the same houses,” father remarks after seeing the hundred-year-olds who never grew old outside their red brick abodes. A hundred years ago, people in Iceland still lived in turf huts. Later they were all torn down, to hide that we had ever been so poor. Perhaps sometimes more history is required.

I walk back up along Earlham Road, past the red brick houses. The leaves are falling off now. That golden autumn is turning into an age of iron. Soon everything will happen. WOW Air will go bankrupt, taking the króna with it, raising rent and tuition purchased in England by a quarter overnight. The love interest will move to London but decide to go it alone. Then Covid.

Back at home, life is no more something that mostly lies ahead, more and more is starting to lie behind. Now the writing can truly begin, as it did for Julian in Norwich after the plague and the Peasants’ Revolt and the Lollards, as it did in Iceland when the Viking voyages were over and the Saga Age began. 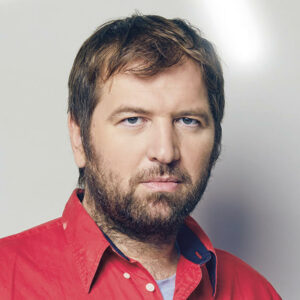 Valur Gunnarsson will join us from Reykjavik. Valur grew up on the Viking trail in Reykjavik, Oslo and Yorkshire. He is best known as a writer of creative historical fiction; his first novel was a Viking fantasy and his third an alternative history where the Germans invade Iceland in World War II. Meanwhile, his second novel was a piece of autofiction set in the aftermath of the economic collapse of 2008. His fourth book, expected in March 2021, is in the same vein, but this time set in the former Soviet Union. He also co-founded Grapevine magazine and has made three albums and a poetry book.

This piece is taken from Imagining the City: a pamphlet of imaginary walks through Norwich by writers taking part in a virtual residency. Buy a free copy of the pamphlet (p&p applies) here →

From the City to the Shore

Valur Gunnarsson explores history, heritage and literature as he walks along the coasts of Norfolk and Reykjavík

Catalogue of a Private Life