Ko Ko Thett explores the particular challenges of translating ‘Hlaingthaya’ by Thitsar Ni, a poem based on the struggles in Myanmar

Tuesday 1 February 2022 marks one year since the Spring Revolution in Myanmar. It is also the publication date for an anthology featuring voices from the ground of the Myanmar revolution: Picking off new shoots will not stop the spring: Witness poems and Essays from Burma/Myanmar (1988–2021), edited by Ko Ko Thett and Brian Haman.

Here, Burma-born poet, editor and translator Ko Ko Thett explores the particular challenges of translating one of the poems, ‘Hlaingthaya’ by Thitsar Ni, about protest in the township.

Join Ko Ko Thett for our free online Meet the World event, Translation as Witness, when he will be in conversation with Shash Trevett and So Mayer, on Thursday 24 February at 7pm. Book to receive a streaming link →

A satellite town west of Rangoon [Yangon] across the Hlaing River, Hlaingthaya [Hlaing Thar Yar] was carved out of vast swathes of paddies seized for the forced relocation of Yangon slums following the 1988 uprising and subsequent military coup in Myanmar.

Today the shady south-eastern corner of the town features two gated communities for the affluent.  The rest of the township remains hot, humid, and shadeless — industrial zones, mainly sweatshops and shanties for immigrant workers from all over the country.

Following Cyclone Nargis, which devastated much of the Irrawaddy delta in 2008, the town saw a hike in population when thousands of climate refugees from the delta moved there. As a hotbed for labour protests as well as gang-related crimes, Hlaingthaya is used to troubles.

In 2021, after the military coup in February, the Myanmar army employed battle-grade weapons and snipers to crack down on the peaceful protests that came to be known as the Myanmar Spring. Wholesale arrests, enforced disappearances, and torture, often to death, of dissidents and activists became widespread.

On 14 March 2021, at least sixty-five protesters and bystanders were killed when a protest in Hlaingthaya was kettled and suppressed by security forces. When the townspeople began to fight back with whatever weapons they had, the town was named the birthplace of the idea of ‘people’s defence’. The poem, ‘Hlaingthaya’ by Thitsar Ni, is about that struggle.

Up against the metropolitan Yangon
Hlaingthaya is wilderness for apoetical Tarzans.
This is where the Irrawaddy Delta hobos,
who didn’t witness the World Wars
but pushed through the Cyclone Nargis, and the Anyar Mongols,
who’d left their farms for factories, mingle.
Myanmar’s New England doesn’t reek of butter.
They don’t need a five-star hotel here.
There’s Mee-kwet wet market for vegetables.

The poem is a challenge to translate not least because there is no way I can match Thitsar Ni’s Burmese rhymes in English. Thitsar Ni (born 1946) has been one of the vanguards of post-modern poetry since the 1970s. He usually champions free verse but ‘Hlaingthaya’ is replete with rhymes. For want of rhymes I settle for assonance and alliteration in most places.

References specific to Myanmar present another challenge even in the opening lines. It is just ‘up against Yangon’ in Burmese, but I feel that the modifier ‘metropolitan’ is needed in English to highlight the contrast between the urban Yangon and the rustic Hlaingthaya. I also coin the term ‘apoetical’ for a Burmese word that means exactly that.

The poem is a challenge to translate not least because there is no way I can match Thitsar Ni’s Burmese rhymes in English.

‘Anyar’ refers to the central plains of Myanmar, where a group of immigrants from the present-day Yunnan province of China settled in the ninth century. It takes a few days for me to come up with ‘hobo’ for the Burmese slang ပ်ံက် [byangya], which literally means a stray bird that would perch anywhere. ‘transient’ is tempting but on a higher register. ‘Hobo’ sounds just about right, when followed with ‘Mongol’.

As plain as instant tea without cream,
much like the durian husk is known for spikes,
the township is known for hooligans.
At times, it will wash its misdeeds down
in labour protests.
On the Hlaingthaya special menu
are slums and sweat beads,
meagre meals and moonshine stench,
factory smoke and melees.
Those squeamish about mud wouldn’t set foot here.
And yet Angelina Jolie has been here.
Aung San Suu Kyi has been here.

In Myanmar, an erstwhile British colony, milk tea is a national drink. Colonisation by instant tea is a relatively recent phenomenon. Thitsar Ni’s comparison of the town’s hooligans with the smelly-spiky local fruit, durian, is sublime. One either loves or hates the durian. Upon checking whether Angelina Jolie in the poem is the Hollywood actor and not a metaphor, I find that, in August 2015, Jolie in her capacity as a special envoy for the UN, and Myanmar’s opposition leader Aung San Suu Kyi visited Hlaingthaya and held meetings with garment factory workers.

In the Spring Revolution
women of this town get obscene
at the Senior General,
men brandish sticks and dahs,
children and grown-ups come together,
“Repress us, we will rise again.
Touch us, we will strike back!”

‘women of this town get obscene / at the Senior General’ is my understated translation of a popular rally cry that rhymes with a swear word that marries the Senior General to his own mother. Dah is a Burmese machete, a weapon of choice against automatic assault rifles of the Myanmar army in the Spring Revolution.

The curtain to the first defensive war is lifted.
The ideology of the people who haven’t got
their nose into “surplus value theory” is
we-have-nothin’-to-lose-ism;
They spit it out like quid betel.

The down-and-outs of Hlaingthaya wouldn’t necessarily have heard of the Marxist dictum, ‘We have nothing to lose but our chains.’ Their ‘we-have-nothin’-to-lose-ism’ is the credo of the Myanmar underclass, whose individual names no one will know whether they live, die or get murdered.

[…]
A revolution without the precariat
is a wingless bird.
A poster reads, “If I am cut down,
the man behind me will cut you down.”
Black flags have been raised
on the side of righteousness.

Black flags were first raised in Hlaingthaya, for a last-ditch fight, as a symbol of grief and no-surrender. Following the Hlaingthaya massacre, the junta would ban black clothes and black face covering throughout Myanmar.

Hlaingthaya is just one among many places that have been terrorised by the Myanmar junta. For defying the military tyranny, scores of other cities, towns and villages all over the country have witnessed similar plight as Hlaingthaya. As of January 2022, even the capital of Kayah State, Loikaw, has become a war zone, with about 170, 000 people internally displaced.

There is no sign of the conflict abating. More than a hundred local civil defence forces have sprung up throughout Myanmar since April 2021. Towards the end of the poem, Thitsar Ni highlights one more time we-have-nothin’-to-lose-ism, a practical philosophy many Myanmar resistance fighters have come to appreciate since the Hlaingthaya massacre:

They will thrive like a flower forest
in this sapped spring of endless legends.
Death is no stranger —
if you daren’t fall — you are no flower. 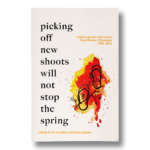 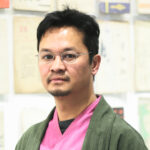 Ko Ko Thett is a Burma-born poet, literary translator, and poetry editor for Mekong Review. He started writing poems for samizdat pamphlets at the Yangon Institute of Technology in the ’90s. After a brush with the authorities in the 1996 student protest, and a brief detention, he left Burma in 1997 and has led an itinerant life ever since. Thett has published and edited several collections of poetry and translations in both Burmese and English. His poems are widely translated and anthologised. His translation work has been recognised with an English PEN award. Thett’s most recent poetry collection is Bamboophobia (Zephyr Press, 2022). He lives in Norwich, UK.

Books from Myanmar make their debut in the world

‘I am proud to have the opportunity to present my books at a stand at the Frankfurt Book Fair’, writes Myay Hmone Lwin

Plus our top 10 tips for attending a book fair