We are delighted to reveal the 10-strong longlist for the £10,000 Desmond Elliott Prize, which will be awarded to the most outstanding first novel of the past 12 months from the UK and Ireland.

This year’s longlisted books focus on themes of romance and reclamation – of freedom, bodies, and identities – with female protagonists featuring in many of the titles. In addition to this, the longlist includes four debuts from independent publishers, two of which are published by the not-for-profit And Other Stories (Somebody Loves You by Mona Arshi and Keeping the House by Tice Cin).

Several of the titles on the longlist for the Prize – which is presented in the name of the late, acclaimed literary agent and publisher Desmond Elliott – have themes of romance and relationships, including two from an LGBTQI+ perspective. Emily Itami’s Fault Lines delves into the potentially monotonous reality of marriage as Mizuki meets a new lover who aids her in rediscovering freedom, friendship, and most importantly her voice. Irish author Luke Cassidy’s Iron Annie looks at how comfort can turn to chaos as Aoife’s magnetic attraction to Annie, a woman she has just met, quickly turns to obsession. Hourglass by Keiran Goddard is a poetic and imaginative reimagining of heartbreak, exploring the intimacy, longing, and self-destruction that follows losing what you love. In Lessons in Love and Other Crimes, Elizabeth Chakrabarty uses her own experiences of hate crimes and microaggressions to document a tumultuous love affair and racial victimisation.

A second theme that emerges this year is reclamation. Natasha Brown’s Assembly explores a Black British woman’s questioning of the carefully assembled pieces of herself and taking control of her own narrative. Maps of Our Spectacular Bodies by Maddie Mortimer explores protagonist Lia’s journey following a sudden diagnosis which forces her to confront her trauma and deeply buried secrets. Mona Arshi’s Somebody Loves You examines how and why we choose or refuse to tell the stories that shape who we are. Violets by Alex Hyde follows two women called Violet in the second world war, who are both lost, confused, and looking for ways to put themselves back together.

‘We’re delighted to announce a longlist that explores one of our most fundamental social needs, love, and the desire to take control of our own narratives, with many having themes of personal growth too. We’re looking forward to hearing Derek, Symeon and Lyndsey’s opinions on these captivating and thought-provoking debuts.’

This year’s chair of judges, and winner of the 2020 Desmond Elliott Prize, Derek Owusu, said: 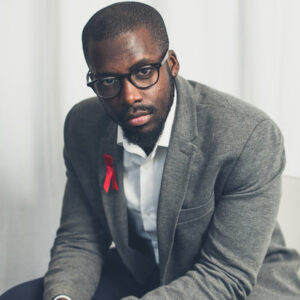 ‘It’s a blessing to be able to read such a wide scope of stories from first-time novelists. Themes such as freedom and identity are foundations on which literature stands tall, challenges us to discover ourselves and provide the opportunity for other to experience the same. I’m excited to see so many indie publishers make the list, many of whom take risks with innovative fiction that challenges our way of thinking about narratives. Choosing a shortlist will be tough but that difficulty is offset by the bliss of being about to experience many of these novels for the first time.’

Owusu will be joined by award-winning journalist and author Symeon Brown and Cheltenham Literature Festival’s Programme and Commissioning Manager, Lyndsey Fineran. Together they are tasked with finding the novel they believe is most worthy of being crowned the best debut novel of the last 12 months. A shortlist will be announced on 7 June. The winner will be revealed on 1 July.

We run The Desmond Elliott Prize as the flagship in our Early Career Awards portfolio. This also includes the UEA New Forms Award, worth £4,000, for an innovative and daring new voice in fiction and The Laura Kinsella Fellowship, also worth £4,000, which recognises an exceptional writer who has experienced limiting circumstances or whose voice has been underrepresented in mainstream literary fiction.