Our residency programme at the National Centre for Writing launches in late August with our first two writers in residence – Choi Jeongrye and Jun Sung Hyun from Korea. 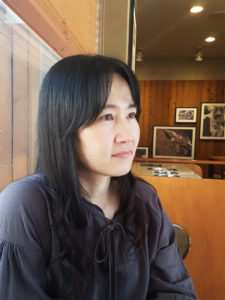 Jun Sung Hyun was born and raised in Seoul, South Korea. She made her literary debut in 2009, winning the Chosun ilbo Spring Literary contest with a children’s story titled ‘Yes, that was you’. In 2011, she won the 15th Changbi Children’s Book Prize for her full-length story The Lost Diary. Jun’s published works include the full-length children’s books The Lost Diary (2011), Siren (2014), and Two Moons (2018), and the children’s short story anthology Sinkhole (2018). 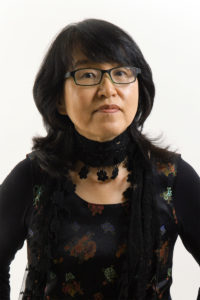 Choi Jeongrye was born in a city near Seoul. She studied Korean poetry at Korea University and received her PhD from the same school. She participated in the IWP (International Writing Program) as a poet at University of Iowa in 2006 and stayed one year at University of California in Berkeley as a visiting writer in 2009. Her poems appeared in Free Verse, Iowa Review, Text Journal, World Literature Today and various Japanese literary magazines. An English-language collection, Instances (which she co-translated with Wayne de Fremery and Brenda Hillman) has been published. She is currently teaching as a lecturer at Korea University.

Choi Jeongrye and Jun Sung Hyun will be in Norwich until late November 2018, taking part in the literary and cultural life of the city and beyond. There will be a chance to meet them in person and hear more about their work at the Dragon Hall Salon in September.

They will be accommodated in the newly-refurbished two-bedroom cottage at Dragon Hall, and will have access to the writers’ colony and library in the main building.

Find out more about our writing residencies >>