National Centre for Writing is delighted to announce the appointment of a new Chair of Board, Executive Director, and Head of Communications & Development in an exciting period of transition and growth for the organisation as we move into 2022. 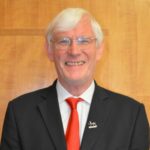 Cllr Alan Waters, leader of Norwich City Council and an existing member of NCW’s Board, will replace current chair Pam Henderson in December 2021. He said:

‘I am delighted to be appointed Chair of the Board at a very exciting time for the development of the National Centre for Writing.’

Alan Waters was elected leader of Norwich City Council in May 2015. He was first elected to the council in May 1988 and served as council leader 1993 –1998. He studied history at Queen’s University Belfast and spent 25 years as a teacher, mostly in Norfolk. Currently, he is a member of the South East Board of the Arts Council; a board member of the New Anglia LEP; an executive member of the Key Cities Group where he holds the culture portfolio and represented Key Cities on the ‘Creative Cities Commission’. Alan has been a member of the National Centre for Writing Board for three years. Since 2018 he has been a Visiting Fellow at South Bank University and a Board member of the Journal ‘Local Economy’. 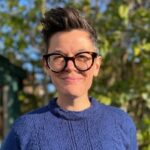 Peggy Hughes, current Head of Programmes at NCW, has been appointed Executive Director and will work collaboratively with CEO Chris Gribble to deliver NCW’s vision and strategic ambition. Peggy is on the board of publishers at 404ink and Open Book Reading, and is former Chair of Literature Alliance Scotland (2017-21). Prior to her move to Norwich, she worked in literature in Scotland, at the University of Dundee, Edinburgh UNESCO City of Literature Trust, Scottish Poetry Library and the Edinburgh International Book Festival.

‘I’m thrilled that my NCW journey continues, following in the footsteps of our outgoing Executive Director, the inimitable and inspirational Alison McFarlane. It is undoubtedly a complicated time for the creative sector, but with a brilliant team and an astonishing building in the heart of Norwich UNESCO City of Literature, I believe NCW can continue to build the conditions to nurture the writers of today and the ones of tomorrow too.’ 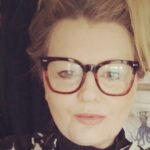 Paula Sanchez has been appointed to the role of Head of Communications & Development – a new role for NCW which brings together the organisation’s communications and development functions. Paula is a development and fundraising professional, marketing and event producer who has worked with many organisations across the east region of the UK. She has worked as Development Director at Norwich Theatre and Norfolk & Norwich Festival, as well as Head of Partnerships and Development for Out Loud Music and Sound City Ipswich. She is an alumnus of University of East Anglia and Norwich University of the Arts and is a Fellow of the Royal Society of the Arts and member of the Institute of Leadership and Management.

Peggy and Paula will their new roles in January 2022.

Chris Gribble on year one of the National Centre for Writing

It’s also the 50th episode of the podcast!

‘A welcoming and a homecoming to the literary world’